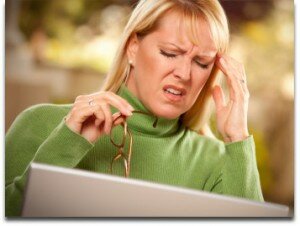 What is Electrical Sensitivity?

Below is a short video introduction on electrical sensitivity given by Swedish Professor Olle Johasson, one of the leading scientists working in this area:

Electrical sensitivity means different things to many different people. There is no widely accepted definition. This World Health Organization (WHO) declaration on the subject attests to this:

“EHS is characterized by a variety of non-specific symptoms, which afflicted individuals attribute to exposure to EMF.”

The phrasing “which afflicted individuals attribute to exposure to EMF” also attests to the controversy surrounding this subject. The WHO accepts that these symptoms exist but it does not officially attribute them to electromagnetic field (EMF) exposures, which for anyone that is electrically sensitive, like me, is totally outrageous.

Research on EMFs and Electrical Sensitivity

A review of the research on electrical sensitivity can be found in the journal, Science of the Total Environment, Electromagnetic Hypersensitivity: Fact or Fiction? by Stephen J. Genuis et al.

While there is no consensus on the origins and mechanisms of electrical sensitivity, what is clear is that electromagnetic field (EMF) exposures have a role to play in electrical sensitivity. That’s to say exposure from wireless devices and electrical appliances, from sources such as; cell phones, smart meters, cell towers, Wi-Fi, cordless phones, power lines, intermediate frequencies, and electric fields from various electronic devices.

How do I know this? There is much anecdotal evidence and there is a growing body of scientific evidence which shows this, but more importantly I have experienced the effects of EMFs first hand.

How I Know EMF Exposures are linked to Electrical Sensitivity

One day in February 2002 my cell phone rang. I raced to retrieve it from my jacket pocket to answer the call in time. I pressed the talk button and held the phone next to my ear and within seconds I started to feel light-headed and dizzy.

The next time that my cell phone rang the unpleasant feeling had turned into a searing pain on the same side of my head as I was holding the cell phone. The longer I spoke the worse my reaction became, until the pain, a “hot head”, dizziness, a feeling as though my head were being held in a vice, was so intense that it was excruciating. When I moved the cell phone away from my ear the pain went away.

I knew nothing about the adverse health effects of EMFs at that time and yet I knew there and then that the cell phone was causing me pain.

Over time I experienced many other unpleasant symptoms as well and I became sensitive to computers, TVs, WiFi etc.

Anecdotal Evidence As To The Existence of Electrical Sensitivity

Gunilla Ladberg has written a book about electrosensitivity in Sweden . The book traces the story of 14 people and their experiences with ES. These people, having developed electrical sensitivity, have had to flee their homes for the safety of rural areas away from electricity and cell phone towers.

Alwyn Lewies in South Africa has been suffering from electrical sensitivity ever since a cell phone tower was installed near to his home over 12 years ago.

Dafna Tachover, a former senior executive in an investment company in Manhattan was forced to leave her job and her home after becoming electrically sensitive.

For the moment the most high profile case of electrical sensitivity is that of Dr. Gro Harlem Brundtland, former Prime Minister of Norway and former Director-General of the World Health Organization (WHO). She made her coming out a few months ago in a presentation at the University of Waterloo.

In the following video Henrik Eiriksson tells us about how cell phones and cell phone towers affect him:

What Are The Symptoms of Electrical Sensitivity?

Electrical sensitivity has been associated with the following symptoms:

Ringing in the ears, tinnitus, an unexpected earache, along with difficulty in keeping your balance.

This could take the form of dizziness and nausea without any discernible cause, as well as insomnia.

Gritty and smarting eyes, deteriorating vision, the development of ‘tics’.

A change in your outlook, such as depression, anxiety, anger, and mood swings. This is what alerted Ellen Marks to her husbands problems.

Weakness and spasms in the muscles, pain in the joints.

Acne, irritation, or rashes, swelling in the face or flushes.

Allergies and sensitivities to light, chemicals, smells, or noise.

Published in 2002 “Black on White – Voices and Witnesses About Electro-Hypersensitivity The Swedish Experience“, by Rigmor and John Lind, provides a compendium of some 400 Swedish electro sensitive case studies, where people have stated what caused their electrical sensitivity and what their symptoms are.

Evidence of Biological Harm from EMF’s

Unfortunately, as Dr Martin Blank says, the industry funded studies have been manipulated to make people doubt the adverse biological effects. Nevertheless significant proof exists, notably in the form of the BioIntiative Report which offers the most comprehensive review to date of the evidence of this biological harm.

See here for more studies on the adverse effects of EMFs.

What Percentage of People are affected by Electrical Sensitivity?

Another problem in estimating prevalence of electrical sensitivity in the population is the latency period, the length of time between exposure and an outbreak of symptoms. Hecht and Balzer’s analysis of over 800 scientific papers from Russian medical literature, concluded that the symptoms may take 3-5 years of exposure to emerge. Devra Davis of the Environmental Health Trust believes the latency period could be in excess of 10 years.

Diagnosis and Treatment of Electrical Sensitivity

For people like me, who are electrically sensitive, the real issue is how to diagnose and treat it. Unfortunately the medical establishment as a whole is ill equipped to deal with electrical sensitivity. With many doctors taking the view that the problems their patients are facing are psychological, rather than physiological. Fortunately there are some exceptions, one of them is Dr. Belpomme a French Oncologist who has developed a technique using a computer and a Pulsed Eco-Doppler which enables formal diagnosis of electrical sensitivity.

Treating electrical sensitivity is complicated. There is no widely accepted protocol for treatment. What is clear at the present time is that the first step to recovery is to significantly reduce your exposure to EMFs. Because EMFs are invisible and difficult to detect, reducing your exposure means firstly gaining an understanding as to how these EMFs exist in the environment. Solutions involve essentially:

– avoiding EMFs, which means being able to measure them

– protection, which usually means some shielding

What is also clear is that significantly reducing EMF exposure is only the tip of the iceberg. Thats to say mitigation in itself won’t cure electrical sensitivity, but without it, your condition will inevitably deteriorate.

If you are electrically sensitive, creating a home and work environment which will facilitate your bodies healing processes should be at the very top of your list of priorities.