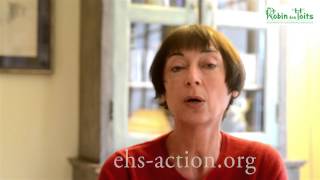 Robert J. Szczerba ContributorI explore the intersection of healthcare, technology, and business.Opinions expressed by Forbes Contributors are their own.

Most parents would be concerned if their children had significant exposure to lead, chloroform, gasoline fumes, or the pesticide DDT.  The International Agency for Research on Cancer (IRIC), part of the United Nations’ World Health Organization (WHO), classifies these and more than 250 other agents as Class 2B Carcinogens – possibly carcinogenic to humans.  Another entry on that same list is radiofrequency electromagnetic fields (RF/EMF).  The main sources of RF/EMF are radios, televisions, microwave ovens, cell phones, and Wi-Fi devices.

Uh-oh. Not another diatribe about the dangers of our modern communication systems?  Obviously, these devices and the resulting fields are extremely (and increasingly) common in modern society.  Even if we want to, we can’t eliminate our exposure, or our children’s, to RF/EMF.  But, we may need to limit that exposure, when possible.

That was among the conclusions of a survey article published in the Journal of Microscopy and Ultrastructure entitled “Why children absorb more microwave radiation than adults: The consequences.”  From an analysis of others studies, the authors argue that children and adolescents are at considerable risk from devices that radiate microwaves (and that adults are at a lower, but still significant, risk).  The following points were offered for consideration:

Children and fetuses absorb more microwave radiation, according to the authors, because their bodies are relatively smaller, their skulls are thinner, and their brain tissue is more absorbent.
Do the benefits of immersive learning applications outweigh the dangers of increased cellular and Wi-Fi exposure for children?  (Image credit: Intel Free Press via Wikipedia)

More generally, the studies cited in the paper seek to link RF/EMF exposure to different types of cancer, low sperm count, and other disorders.  However, it is important to note that survey articles such as these need to be taken in their proper context.  This particular article is one group’s perspective.  It was published in a relatively new and minor journal with limited data sets.  They also note that the average time between exposure to a carcinogen and a resultant tumor is three or more decades, thus making it difficult to arrive at definitive conclusions.

This is not a call to throw out all electronic devices.  However, at the very least, it should open up the discussion about different safety levels for adults versus children.  Hopefully more longitudinal studies will be done to verify or contradict the assumptions so far.  In the meantime, are the government’s current regulations adequate?  The exposure levels they warn against haven’t seem to have been updated for more than 19 years.

In a Network World opinion article ominously titled “Is Wi-Fi killing us…slowly?” columnist Mark Gibbs makes the point that “… laws and warnings are all very well but it’s pretty much certain that all restrictions on products that use microwave technology will err on the safe side; that is, the side that’s safe for industry, not the side of what’s safe for society.”  Gibbs then added this ominous closing question, “Will we look back (sadly) in fifty or a hundred years and marvel at how Wi-Fi and cellphones were responsible for the biggest health crisis in human history?”

But, short of that worst-case scenario, the topic certainly merits more scrutiny, and perhaps some common sense limits on what devices our children use, and for how long.